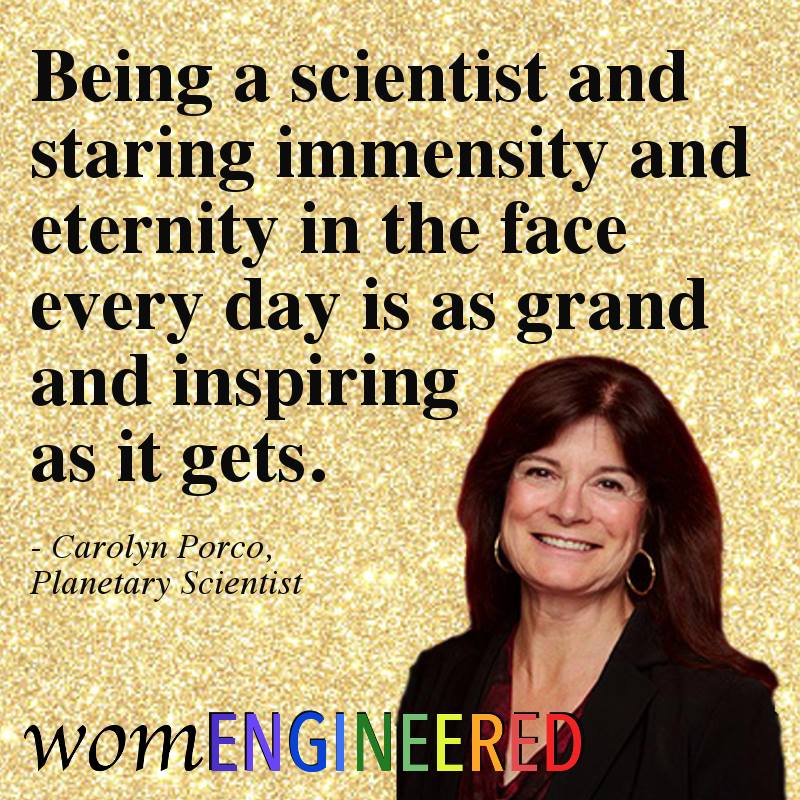 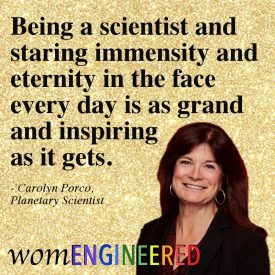 Carolyn Porco is a planetary scientist whose groundbreaking research began in the 1980s as she worked on the Voyager missions to Jupiter, Saturn, Uranus, and Neptune. Carolyn is considered one of the experts on planetary rings and moons circling giant outer planets.

🚀
Carolyn leads the imaging team on the Cassini mission orbiting Saturn. Her discovery of the giant geysers of icy particles on Saturn’s moon, Enceladus, is one of the greatest achievements of her career.