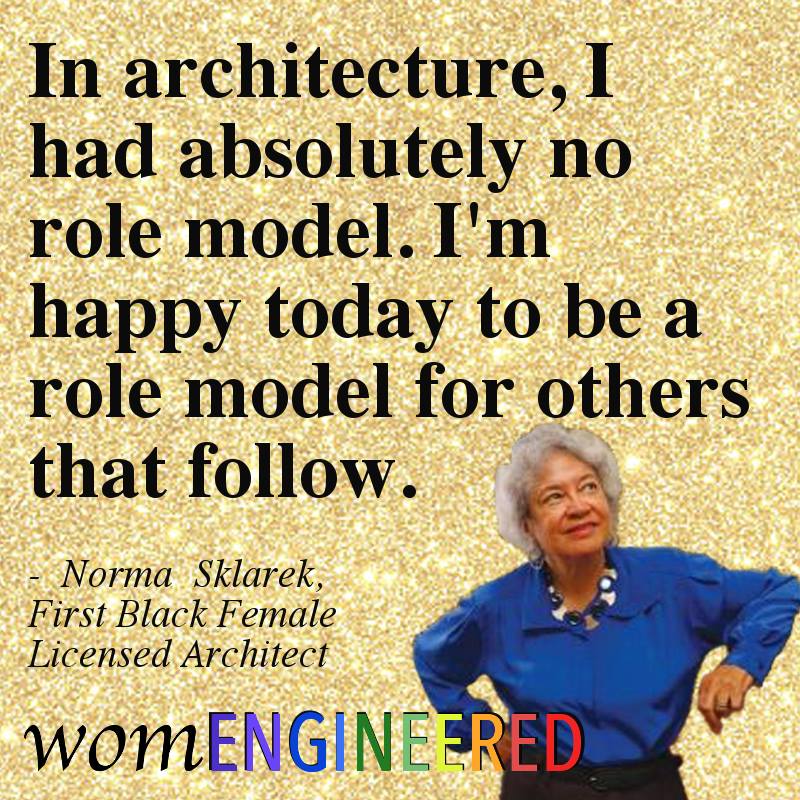 🏛📐📏🛠
Norma Sklarek was the first African-American woman to be a licensed architect in the United States. Norma was also the first black woman to be elected to the Fellow of the American Institute of Architects. In 1959, Norma was also the first african-american woman to become a member of the American Institute of Architects (AIA).
🏛📐📏🛠
After not having mentors to relate to when entering the field of architecture, Norma worked to serve as a role model for young women entering the male-dominated field. Norma was a fierce leader but known for her charm and grace, as well as the wisdom she spread. From attending Barnard College, a woman’s college associated with Columbia University in the City of New York, which at the time did not accept women. After earning her Bachelor of Architecture degree in 1950, Norma struggled to find work at an architecture firm.
🏛📐📏🛠
Although Norma had immense responsibilities while serving as Production Director, she was rarely acknowledged on the finished project. To this day, only the U.S. Embassy in Japan has acknowledged the tremendous contributions of Norma. Towards the end of her career, Sklarek had left her former firms to establish Siegal, Sklarek, Diamond, an all-woman partnership.