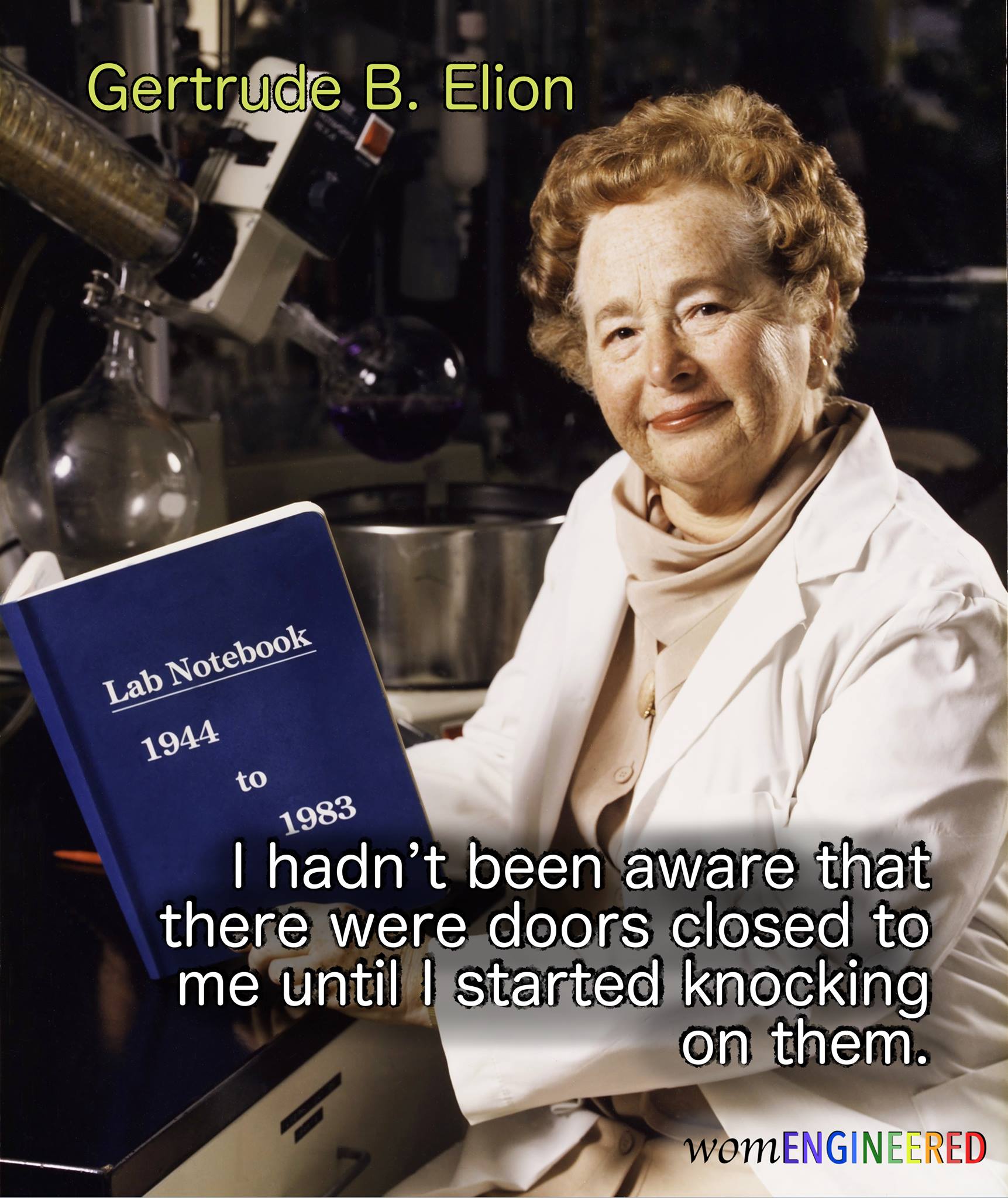 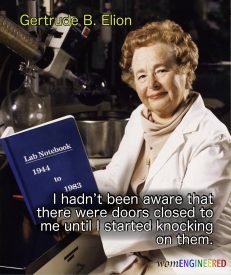 Gertrude B. Elion was an American pharmacologist who received the Nobel Prize for Physiology or Medicine in 1988 for the development of drugs used to treat several major diseases. Elion was unable to take on a graduate research position because she was a woman and was never able to receive a Ph. D. but did go on to develop new drugs effective against leukemia, autoimmune disorders, urinary tract infections, gout, malaria, and viral herpes.

Rather than using the traditional trial-and-error methods of the time, Elion examines the biochemistry of cells closely and used this to formulate drugs specified to kill or inhibit the pathogens without damaging the healthy normal cells. Elion went on to oversee the development of azidothymidine (AZT), the first drug used to treat AIDS and was award the National Medal of Science in 1991 and inducted into the National Women’s Hall of Fame.