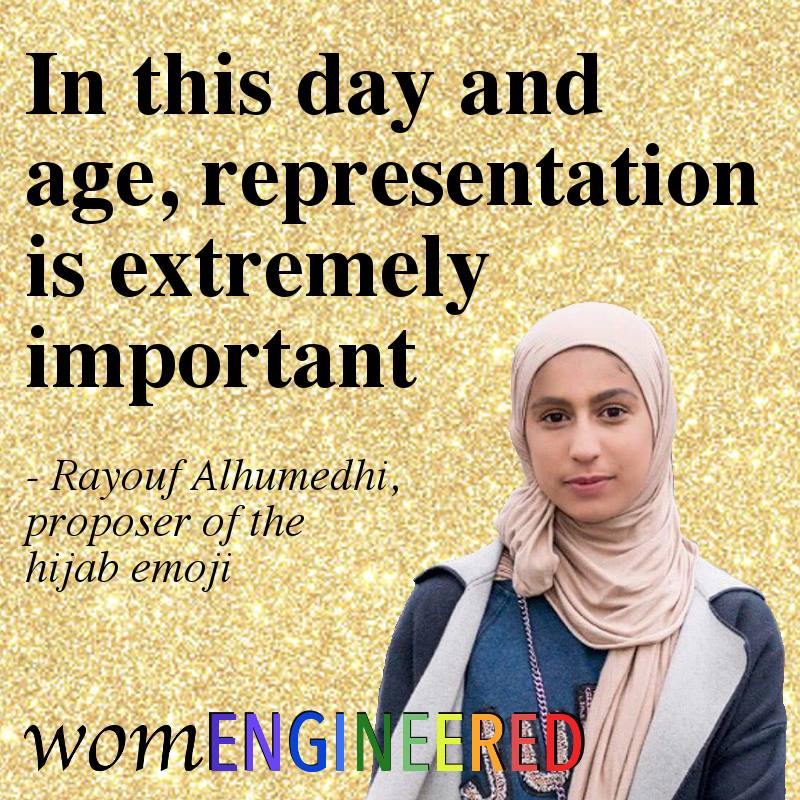 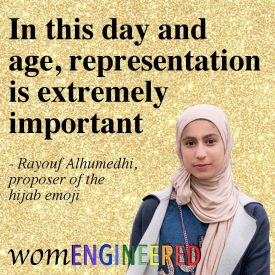 Rayouf Alhumedhi is only 16 but has helped create the hijab emoji! With around 550 million Muslim women who wear hijabs, creating an emoji that represents this large group of people helps them better interact with tech and society.

💻
While creating a WhatsApp group chat of friends, Rayouf was discouraged when finding that no emoji depicted someone who looked like her, that included a hijab. Although her initial email to Apple about this issue went unanswered, she later saw Mashable‘s Snapchat story about how to submit emoji proposals to Unicode and spent 2 days creating the proposal. Jennifer 8. Lee, who had also been considering the impact of a hijab emoji, contacted Rayouf about her proposal. With help from Aphee Messer on design and Alexis Ohanian from Reddit, the example glyphs were created.