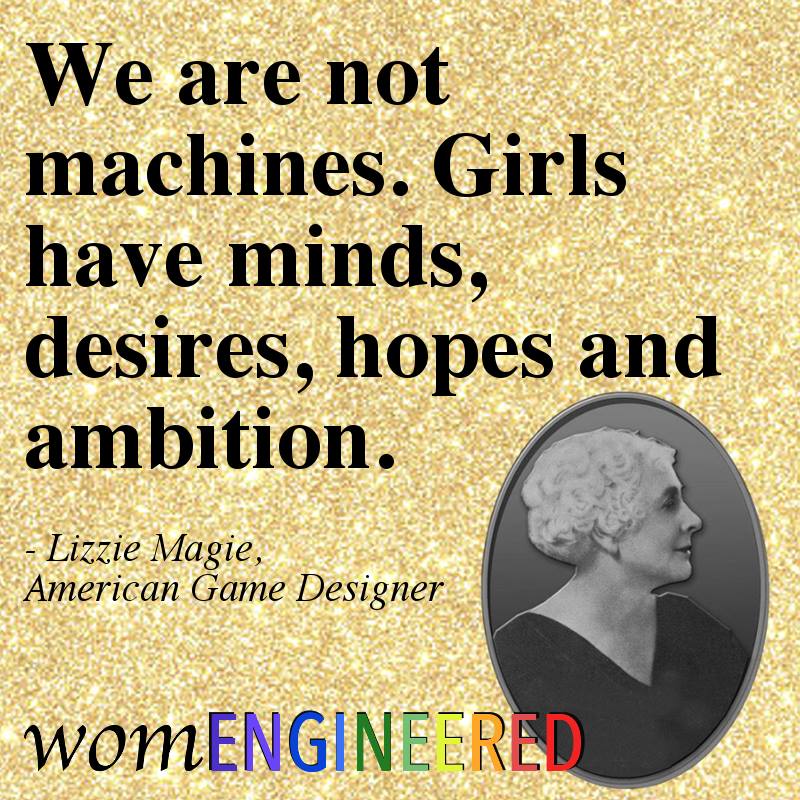 Lizzie Magie was the original inventor of Monopoly, though her creation, Landlord’s Game, was meant to serve as a protest of the monopolistic attitudes. Lizzie was a progressive woman who supported herself and didn’t marry until she was in her 40s. Lizzie designed the game as a protest again big monopolists in 1903, like Andrew Carnegie and John D. Rockefeller. The original game had two sets of rules, one anti-monopolist and the other monopolist, as a method of moral teaching and ethics.

🛠
When Monopoly grew to nationwide popularity in the 1930s, Lizzie spoke out about being the true inventor. While Monopoly made Charles Darrow millions, the cost of production of the game boards alone of the Landlord’s Game and the later lawyers meant Lizzie not only never profited but spent money in the process.

🛠
Lizzie’s father was an abolitionist and newspaper publisher who had traveled with President Lincoln around Illinois as he debated politics with Stephen Douglas in the 1850s. Growing up in a strong-willed, progressive household helped Lizzie grow her reputation as an anti-monopolist, women’s rights advocate, and stump speaker. When she wasn’t working, she was performing in comedic plays poking fun at stereotypes of women at the time. Before Lizzie applied for a patent for her game in 1903, she had created an invention that would allow typewriter rollers to pass paper more easily.