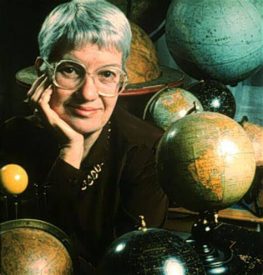 🔭
Vera Rubin was an astrophysicist who discovered evidence of dark matter in the universe. She was the only astronomy major when she graduated from Vassar College in 1948 after being rejected from other universities that did not yet accept women. Although women were generally not allowed to work with major telescopes at the beginning of her career, Vera’s contributions to science paved the way for more women to become involved in studying the universe.