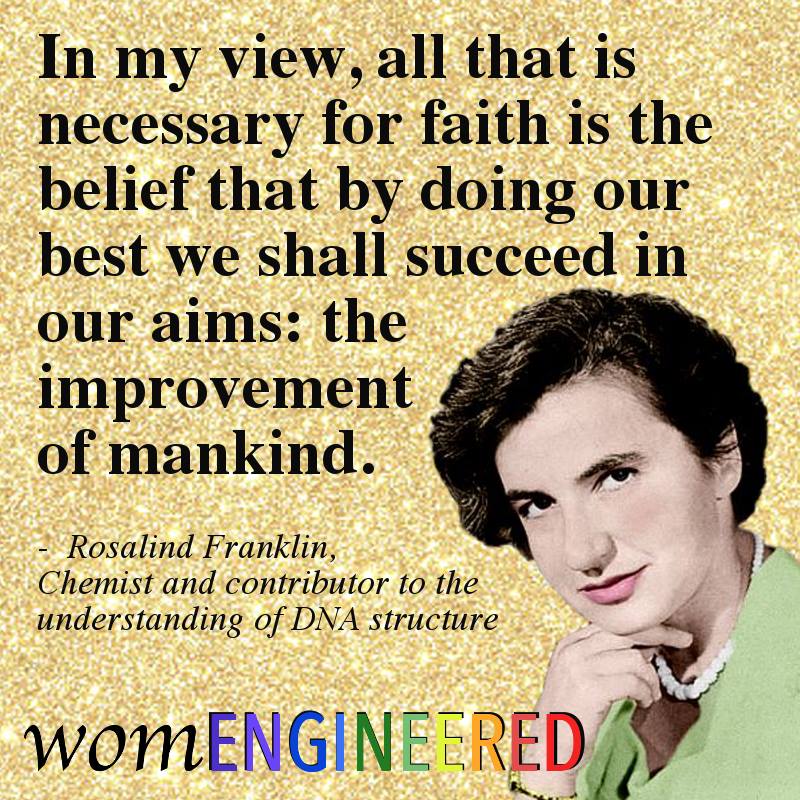 🔬
Rosalind Franklin has made tremendous contributions to molecular biology, including being one of the scientists responsible for modeling human DNA. Rosalind grew up in a Jewish family in London and her parents took in two Jewish children from Nazi Germany when she was growing up. Rosalind was met with both sexism and anti-Semitism when she began at King’s College, where the women scientists were not even allowed to eat lunch in the common room where the men did. She studied at Cambridge before moving to Paris to hone her skills at x-ray diffraction photography. She would become the first person to photograph DNA but her work that formed the foundations of the Watson and Crick DNA model that would earn them a Nobel Prize would not credit her.