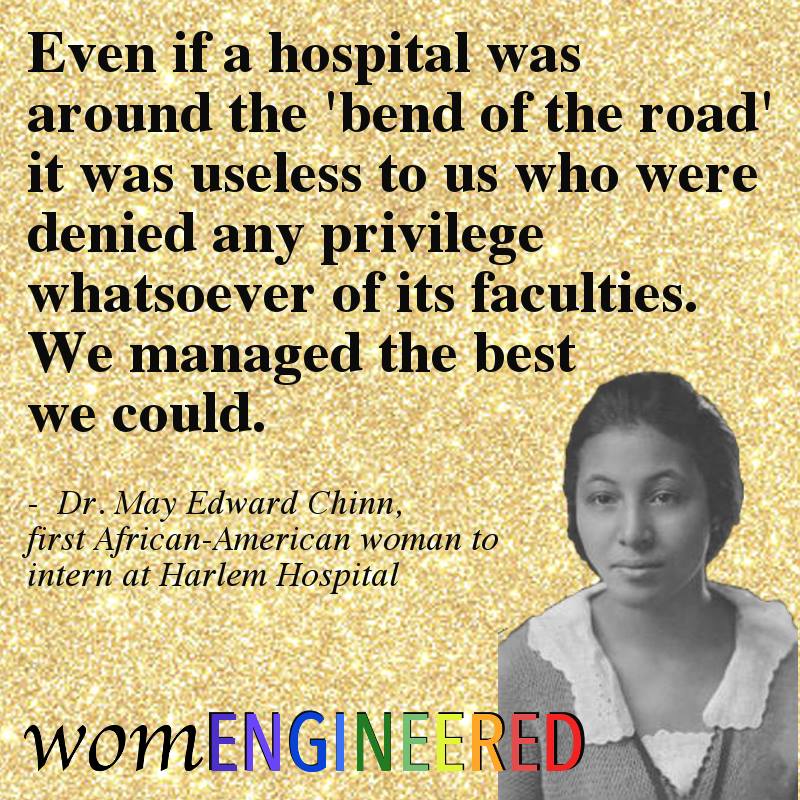 🔬
Dr. May Edward Chinn spent her career researching cancer, helping to develop the Pap smear and advocating for early detection of cancer. May was the first African-American woman to graduate from Bellevue Hospital Medical College, one of the first female African-American physicians in New York City, and the first African-American woman to intern at Harlem Hospital.
🔬
May’s father escaped slavery when he was just 11 years old and her mother was a Native American who emphasized the importance of education. Although May originally wanted to be a musician, she found a calling from a professor at Columbia Teachers College. During her senior year, May worked as a lab technician in clinical pathology and completed her courses at night.
🔬
May was the first woman to ride along with the paramedics on ambulance calls while she was interning at Harlem Hospital. After May graduated, she found it hard to get privileges at hospitals and instead started her own family practice. She treated people who otherwise wouldn’t receive medical help, and would often go into dangerous neighborhoods to provide care. In 1933, May received her master’s degree in Public Health from Columbia University to continue working to improve the health conditions of her patients in Harlem.