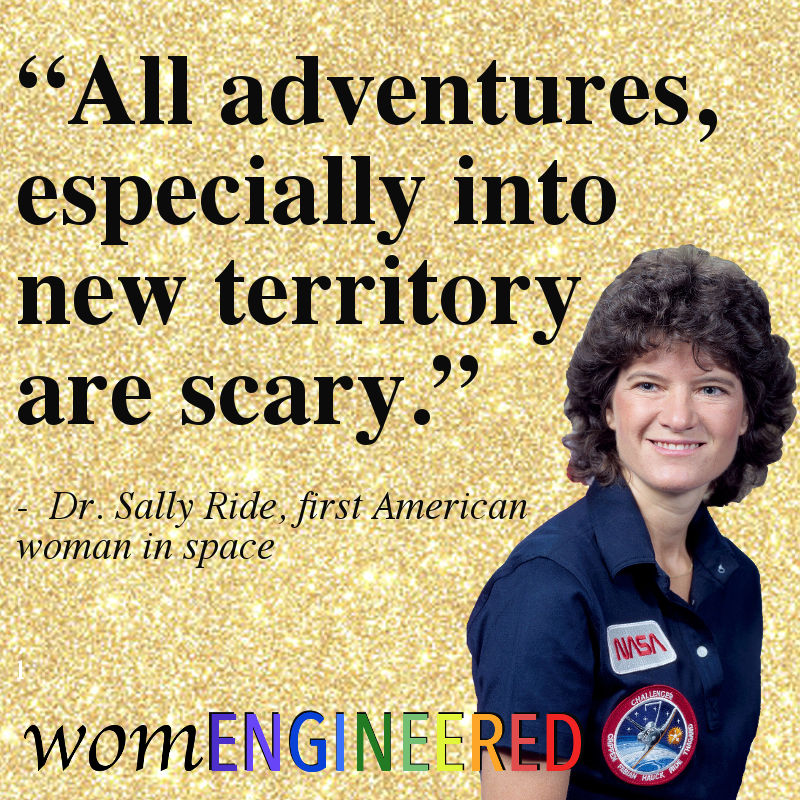 Dr. Sally Ride was the first American woman in space, aboard the space shuttle Challenger in 1983. Sally beat out 1,000 other applicants for a spot in NASA’s astronaut program and went through rigorous training to join the mission.

Sally graduated from Stanford University with a double major in physics and English, and then went on to earn her master degree and Ph.D. in physics. After NASA, Sally because the director of the California Space Institute at the University of California San Diego. She later created Sally Ride Science, creating educational programs and products to inspire young women and girls to pursue STEM.

It wasn’t until after Sally’s death that it was revealed that she was gay. Sally had been in a “wonderfully loving relationship with Tam O’Shaughnessy for 27 years” before her death, due to pancreatic cancer.