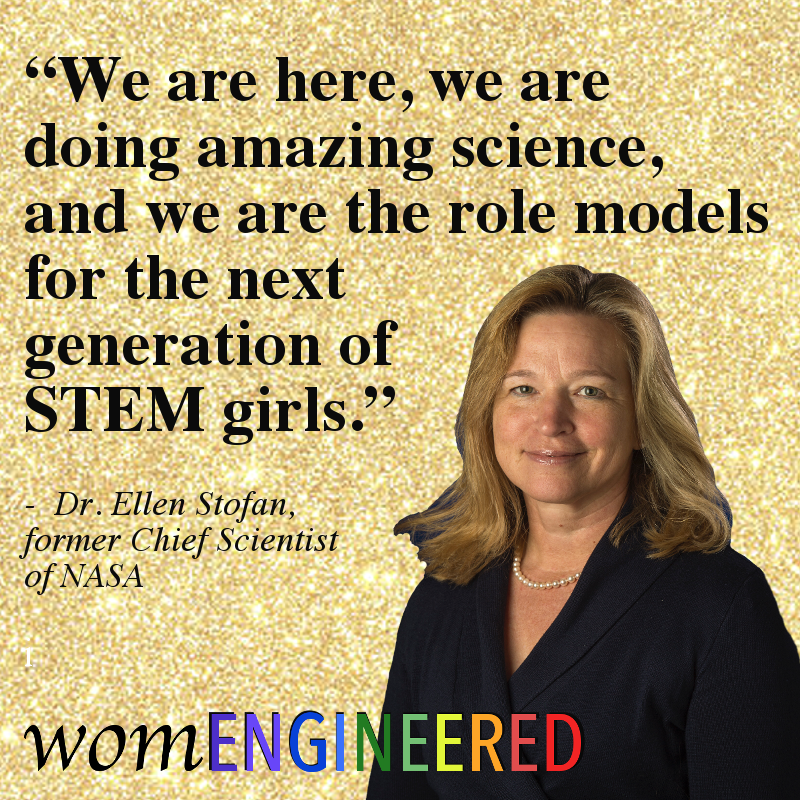 Dr. Ellen Stofan is an astrobiologist and former Chief Scientist of NASA. Ellen’s research has focused on the geology of Venus, Mars, Saturn’s moon Titan, and Earth. In the ’90s, Ellen worked at NASA’s Jet Propulsion Laboratory in Pasadena. Ellen earned her maser and doctorate degrees in geological sciences from Brown University and her bachelor’s degree in geology from the College of William and Mary. Since leaving NASA, Ellen has been named the director of the Smithsonian’s National Air and Space Museum!