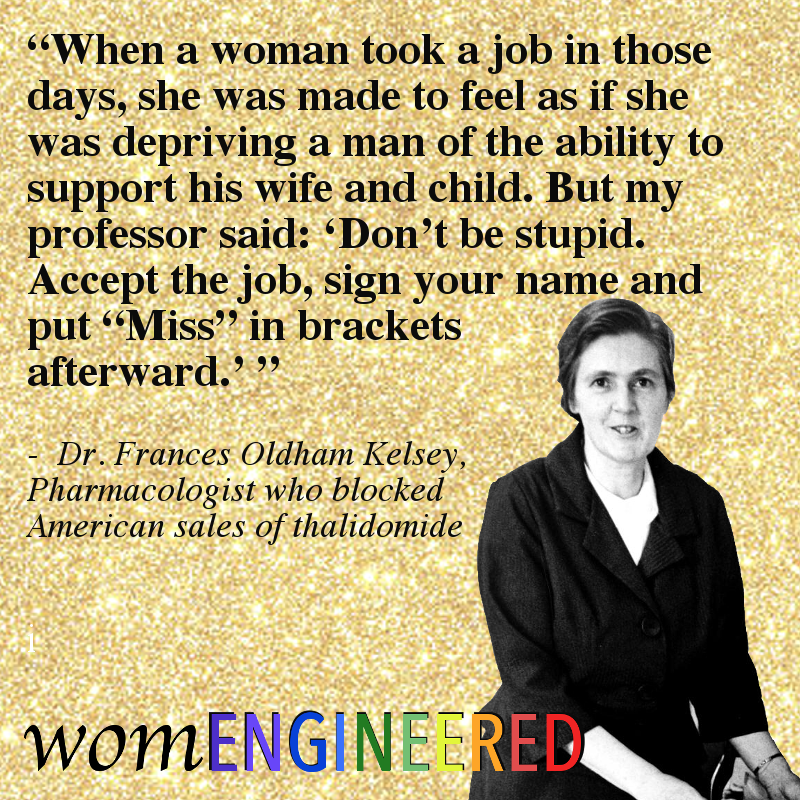 Frances Oldham Kelsey was a scientist responsible for preventing American sales of thalidomide, which was found to have caused birth defects.

Frances graduated from McGill University with her Bachelor of Science and Master of Science degree. Upon finding out that the biochemistry program was already full, Frances studied pharmacology. When applying for her Ph.D. in pharmacology, her acceptance letter was addressed to “Mr. Oldham” – Frances realized that she may not have had the opportunities that she did if her name hadn’t been commonly believed to belong to a man.

After being appointed as a Medical Officer to the Food and Drug Administration (FDA), Frances reviewed thalidomide, which reduced nausea and pain. The drug targeted pregnant women, although it caused birth defects and had not been tested on any pregnant animals to determine how the drug reacted with the fetus. Even after being bullied to approve the drug, Frances refused to give up.