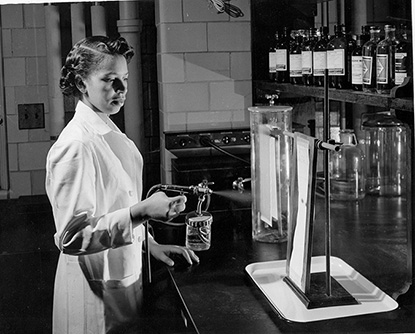 Alma Levant Hayden was an American chemist. Alma became one of the first black women to work as a scientist for an agency in Washington, D.C. when she joined the National Institutes of Health (NIH) in the 1950s. Alma earned her master’s in chemistry from Howard University and was an expert in spectrophotometry. Alma was appointed Chief of Spectrophotometer Research at the U.S. Food and Drug Administration (FDA) in 1963. While at the FDA, Alma proved that Krebiozen was not a cure for cancer and could not be marketed as a cure for cancer.