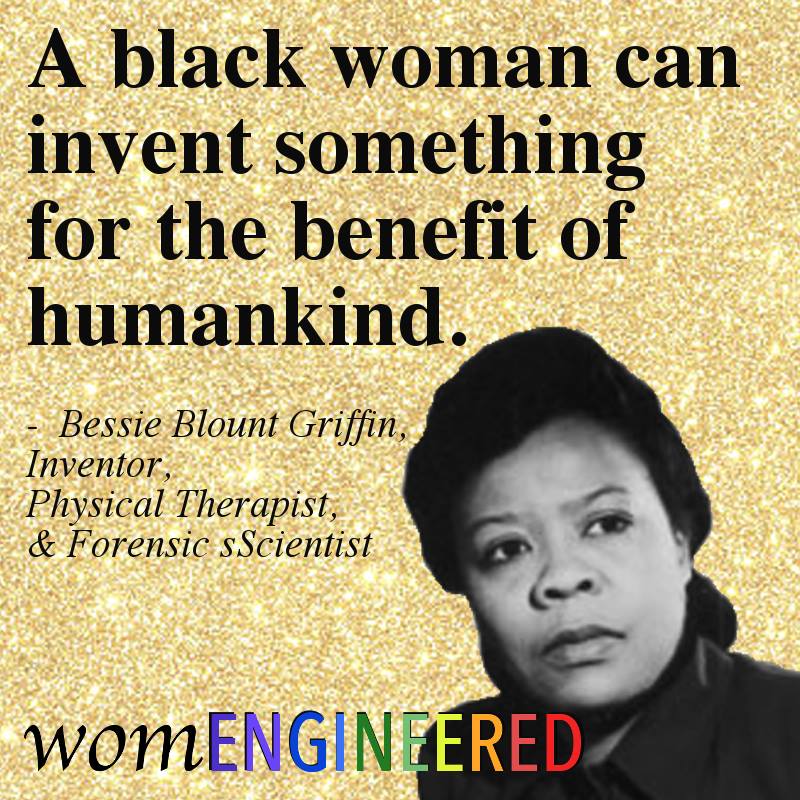 🔬
Bessie Blount is remembered for her groundbreaking work in assistive technologies and forensic science, as well as being a role model for women and African-Americans in science. After becoming a physical therapist, Bessie worked to help veterans returning from World War II who had issues with the use of their hands and feet learn new ways to perform basic tasks, like feeding themselves. Bessie created a device that would allow disabled people to feed themselves by using a tube that delivered food to the patient at their own pace, controlled by them biting down on the tube. Bessie also patented a simplified device in 1951.
🔬
In 1953, Bessie was the first woman and first African American to appear on the show, “The Big Idea,” to share her inventions but eventually found support for her inventions from the French government.
🔬
Bessie would later go on to become the first black woman to train and work at Scotland Yard, after being rejected from the FBI in 1976.