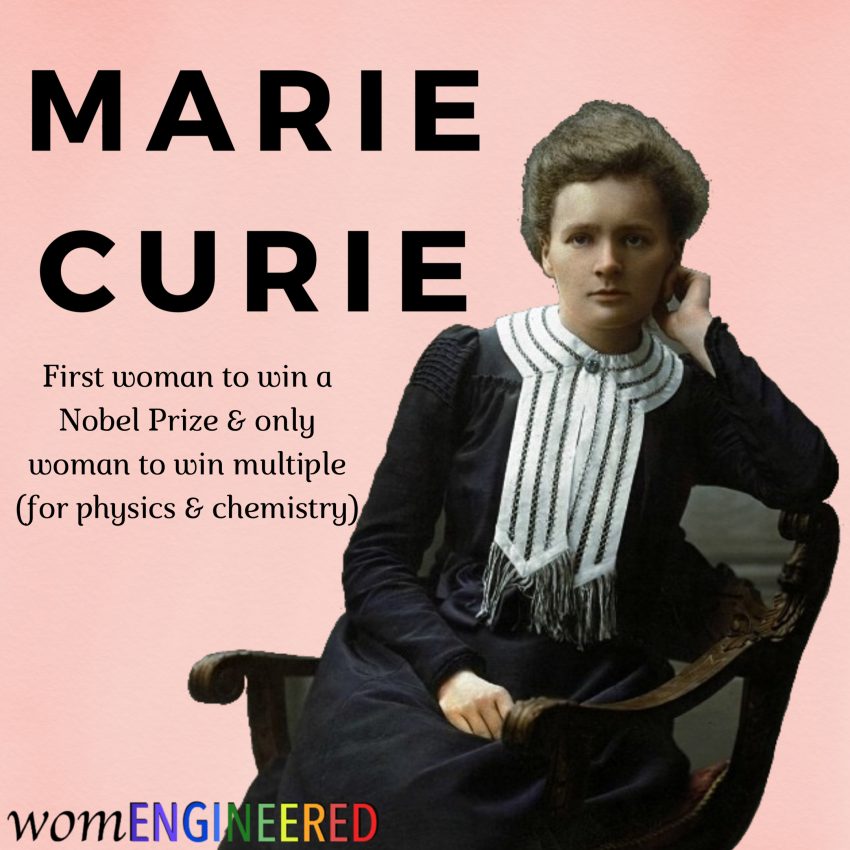 Marie Curie is one of the most well-known and accomplished women in STEM.
🔬
Marie Curie was the first woman to win a Nobel Prize, which she won in Physics in 1903 with her husband for their research on radiation. Marie is also the only woman to have won multiple Nobel Prizes and the only person to have won the Nobel Prize in two different scientific fields. Marie won the Nobel Prize in Chemistry in 1911 for the discover of radium and polonium.
🔬
Marie grew up in Warsaw, where she was denied admission to the University of Warsaw because she was a woman. Instead, Marie attended informal classes held in secret and saved up over 5 years before she could enroll at the Sorbonne in Paris for her master’s degree in physics and mathematics. There, Marie met her future Husband and partner in the field of radioactivity.
🔬
Marie Curie discovered radioactivity, which also may have caused her death of aplastic anemia after prolonged exposure to radiation. Her career of working with radioactive materials was a scientific breakthrough but ultimately led to Marie’s death.
🔬
Marie’s laboratory notebooks are stored in lead-lined boxes, as they are still radioactive more than a century later, at France’s Bibliotheque National in Paris.