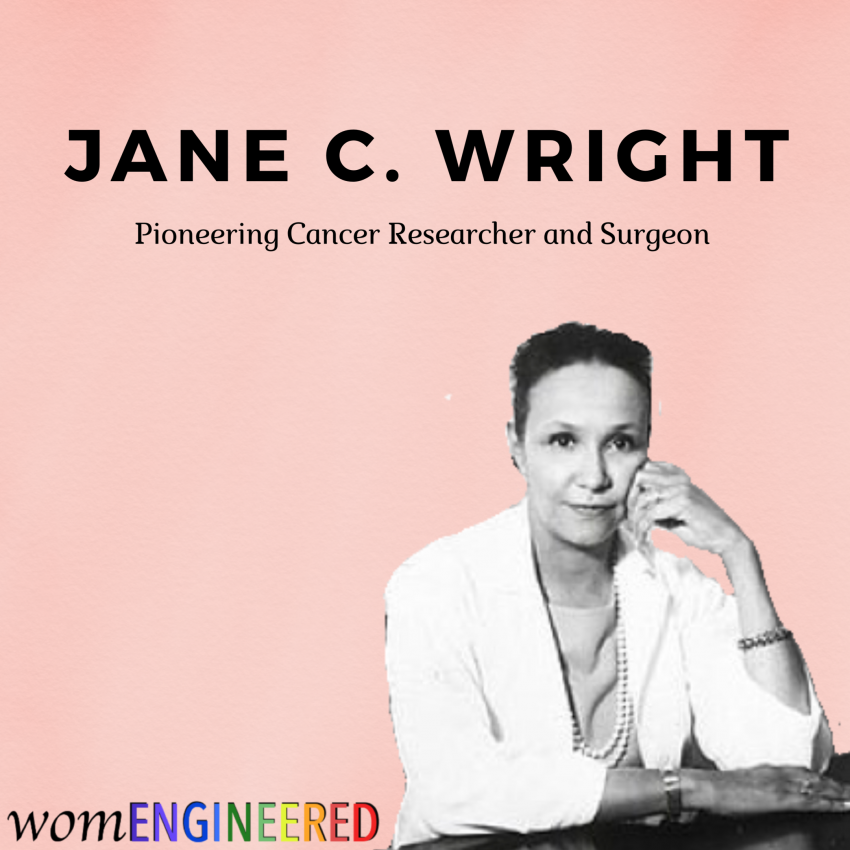 👩🏾‍⚕️
Dr. Jane C. Wright was a pioneering cancer researcher and surgeon remembered for her contributions to chemotherapy. Jane created a technique that uses human tissue culture rather than lab mice to test the effects of drugs on cancer cells. Jane also pioneered the use of the drug methotrexate in treating breast and skin cancer.
👩🏾‍⚕️
Jane father was one of the first African-American graduates from Harvard Medical School and her step-grandfather was William Fletcher Penn, the first African-American graduate of Yale Medical College. With many doctors on her father’s side, Jane was inspired and encouraged to pursue medicine.
👩🏾‍⚕️
Jane pursued pre-medical studies at Smith College while earning an art degree before earning a full scholarship to study medicine at New York Medical College, where she graduated as part of an accelerated 3-year program at the top of her class with the honors award.
👩🏾‍⚕️
Jane overcame gender and racial discrimination as she succeeded in her career.