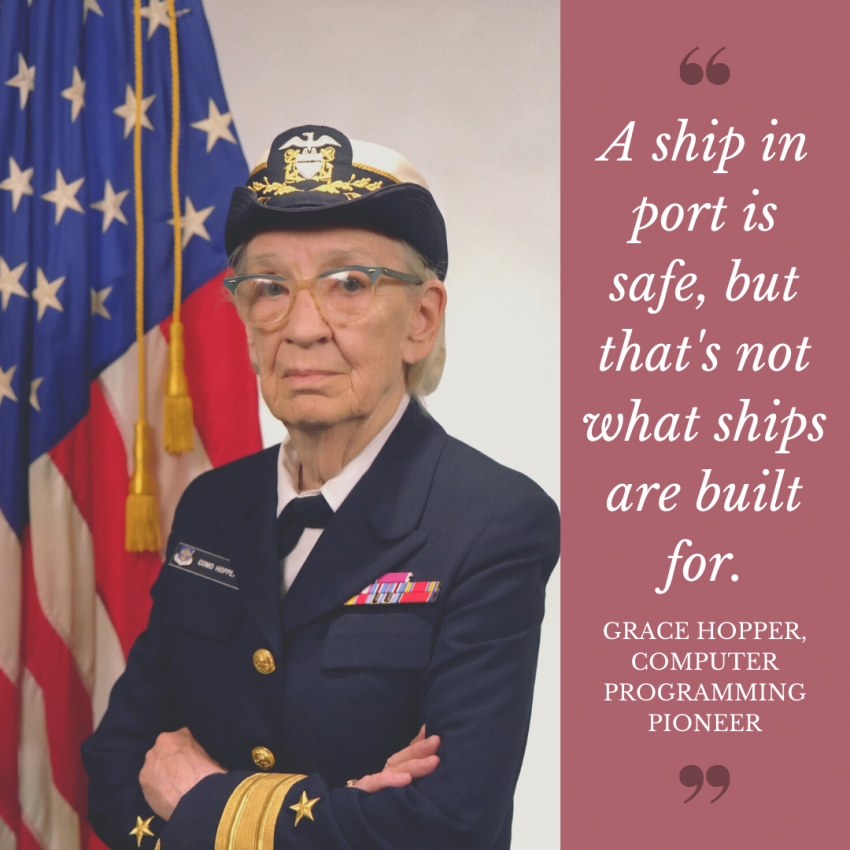 Rear Admiral Grace Hopper is the U.S. Navy’s oldest active-duty officer, who developed the first compiler for a computer programming language, along with UNIVAC I and COBOL. Grace was an American mathematician, computer scientist, and computer programming pioneer. She also coined the terms “computer bug” and debugging.”
🔬
Grace earned her B.A. from Vassar College before attending Yale University for her Masters and PhD. Before joining the Naval Reserve, Grace also taught mathematics at Vassar. Grace was assigned to the Bureau of Ordinance’s Computation Project at Harvard University when she became a lieutenant, where she worked on the first large-scale automatic calculator and precursor of electronic computers!