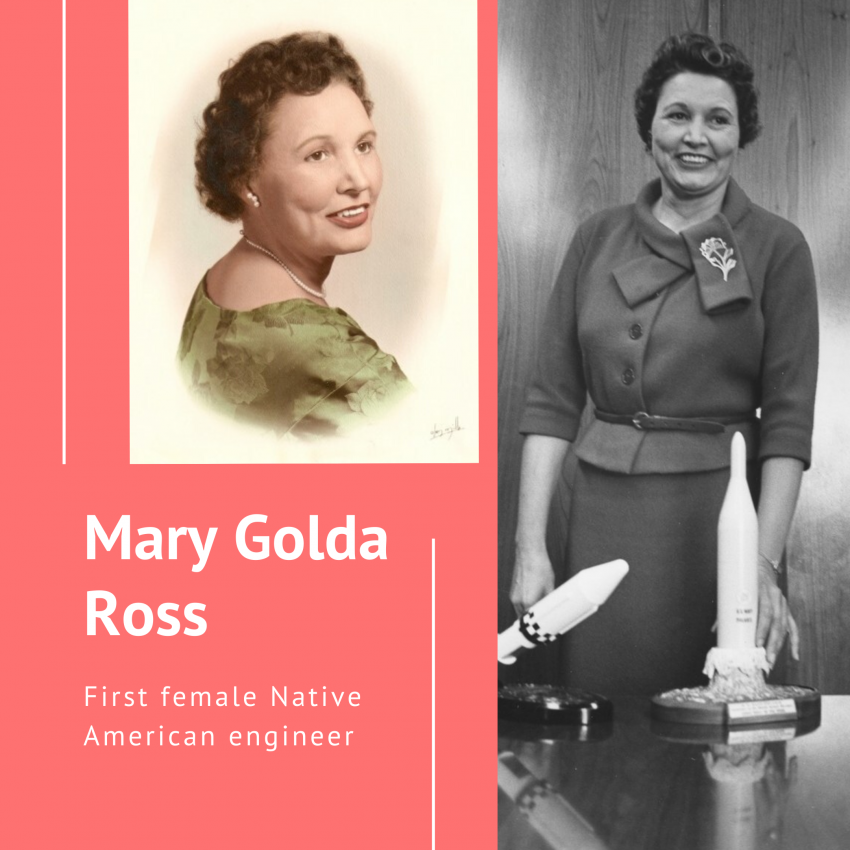 🔬🚀
“I was brought up in the Cherokee tradition of equal education for boys and girls.”
🔬🚀
Mary Golda Ross was the first Native-American engineer, with her work as an aerospace engineer being incorporated into NASA’s Apollo program and helped write the Planetary Flight Handbook!
🔬🚀
Ross’s great-great grandfather was the longest-serving chief of the Cherokee Nation but was ultimately forced to lead his people along the Trail of Tears. Although her family initially downplayed their cultural heritage, Ross mentored and supported others in her field and brought attention to her people with pride. Ross worked as a statistician for the Bureau of Indian Affairs and at a Native American boarding school in New Mexico.
🔬🚀
Mary Golda Ross led the way for women and Native Americans within STEM!