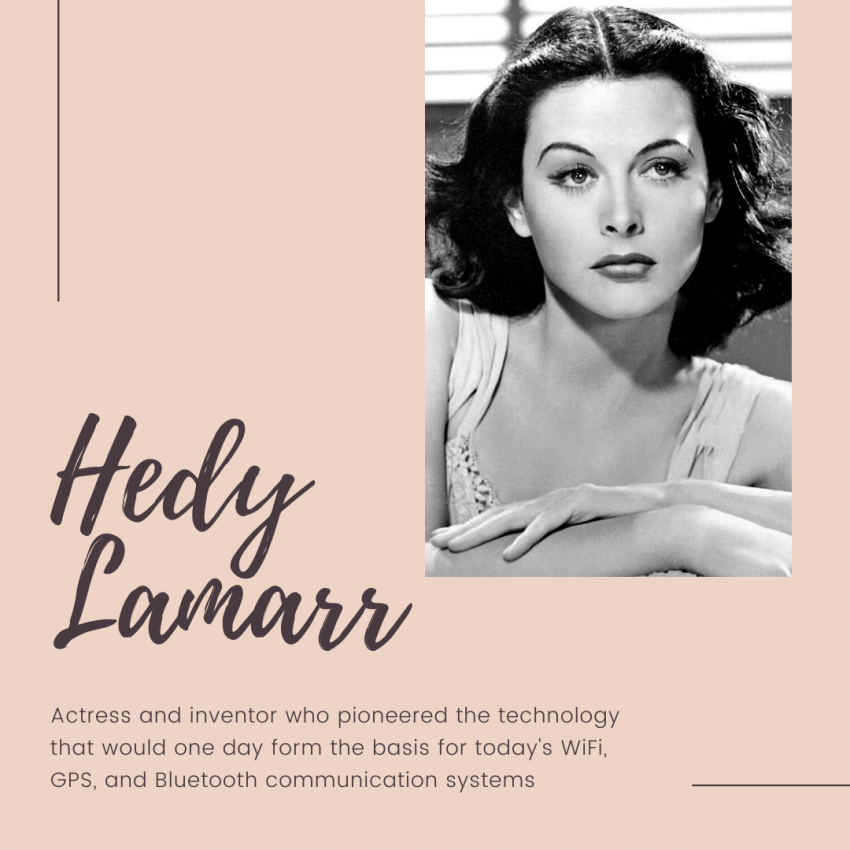 🔬
Hedy Lamarr was an Austrian-American inventor and actress. Hedy pioneered the technology that formed the basis for WiFi, GPS, and Bluetooth communication systems. Hedy was born in Vienna into a Jewish family. Hedy’s father would explain to her how machines operated, and she would take them apart and reassemble them. After meeting George Antheil, Hedy and George began inventing products to combat the axis powers during World War II. Hedy and George created a new communication system to guide torpedoes to their tagets using “frequency hopping” to prevent interception of radio waves, which they patented but never found military support for.