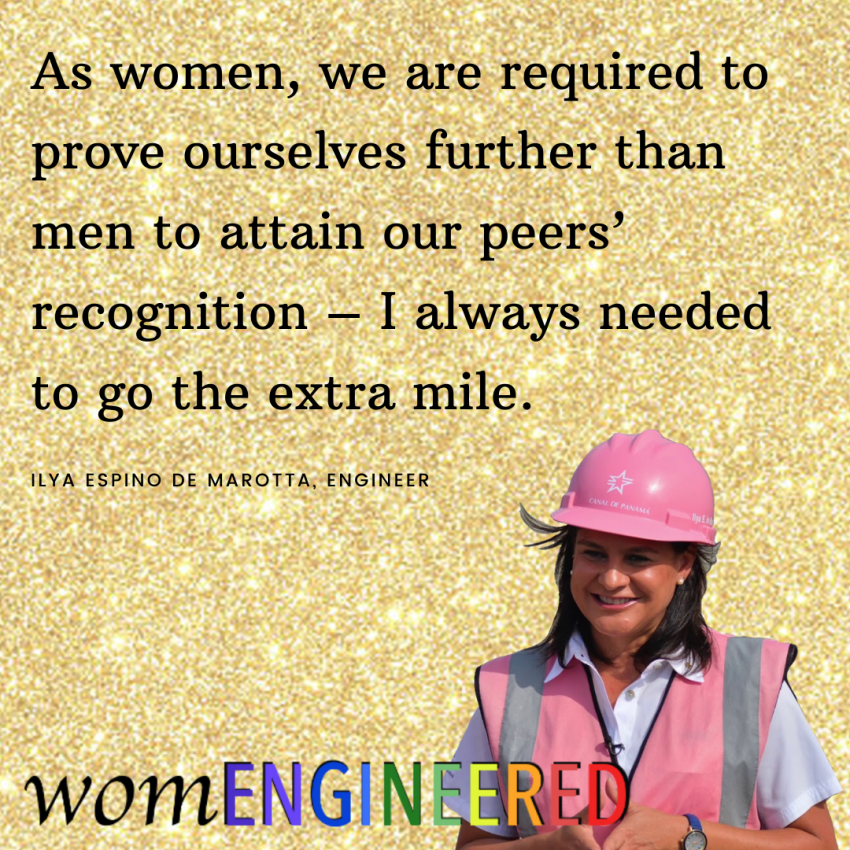 👷🏽‍♀️⁠
Ilya Espino De Marotta is a Panamanian engineer who led the Panama Canal Expansion Program as the Executive Vice President, the first woman to hold this position. Ilya earned a degree in Marine Engineering from Texas A& M University and a Master’s in Economic Engineering from the Universidad Santa Maria La Antigua in Panama. Ilya has worked for the Panama Canal for more than 30 years. On January 1, 2020, Ilya took office as Deputy Administrator of the Panama Canal – making history as the first woman to ever hold the position! After starting her career at the Canal in 1985 as the only woman engineer, Ilya has certainly made an impact.⁠
👷🏽‍♀️⁠